Sinks, showers, and toilets are designed to flush away human waste and dirty water. However, many people don’t realize that there are some things you should never put down the drain.

Items like grease, oil, hair, and cleaning products can cause serious clogs and damage your plumbing system.

To avoid costly repairs or a nasty mess, read on for a list of things you should never put down the drain!

15 Things That You Should Never Throw Down the Drain 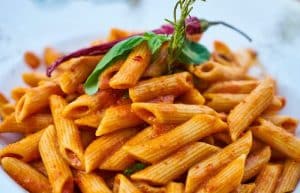 Most pasta is made from semolina flour, which is high-protein wheat flour. When pasta is cooked, the semolina flour swells and absorbs water, which is why it’s so important to add enough water to the pot when cooking pasta.

The pasta will be very dense and chewy if you don’t add enough water. However, the pasta will be mushy if you add too much water. The same thing happens when you flush cooked pasta down the drain.

The semolina flour absorbs water from the pipes and expands, causing blockages and clogs. So, what should you do with your leftover pasta?

It’s best to dispose of it in the garbage or compost bin. Or, you could save it for another meal. Just make sure you don’t put it down the drain!

Grease can build up in your pipes and lead to clogs. It can also be challenging to remove once it hardens and can attract other debris, eventually causing a blockage.

In addition to being a nuisance, clogged drains can also be dangerous, as they can cause water to back up into your home.

When you cook rice, it expands as it absorbs water. Unfortunately, that expansion can cause serious damage to your pipes, and it’s not always easy to remove cooked rice from your drain.

Even if you think you’ve gotten all the rice out, there’s a good chance that some of it is still stuck in your pipes, where it will continue to expand and cause problems.

So next time you’re cooking rice, resist the temptation to put it down the drain – it’s better to be safe than sorry.

Fats, oils, and grease (FOG) are common by-products of cooking, and disposing of them can be tricky. Many assume that FOG can be safely poured down the drain, but this is a major cause of plumbing problems.

When FOG enters the sewer system, it can quickly solidify and form clogs that block pipes and cause backups.

Even small amounts of FOG can create significant problems, so it’s important to dispose of them properly.

While it may seem harmless to dispose of pet waste, it can lead to serious problems. Animal fecal matter often contains harmful bacteria that can contaminate water supplies and cause illnesses.

In addition, it can also block pipes and lead to costly repairs. As a result, it’s always best to bag up pet waste and throw it in the trash. 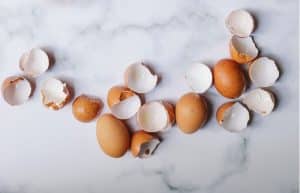 One of the things you should never put down the drain is eggshells. The sharp edges of the shells can damage your pipes; over time, the accumulation of shells can lead to clogs.

In addition, eggshells are often covered in bacteria, which can contaminate your water supply.

If you have a septic system, eggshells can also disrupt the balance of bacteria in your tank, causing sewage to back into your home.

It’s no secret that condoms are not exactly biodegradable. They’re made of latex, which is a type of rubber that can take years to break down. As a result, condoms flushed down the toilet can end up clogging sewer lines and causing all sorts of problems.

In addition, condoms can also be a breeding ground for bacteria and other harmful organisms.

So, if you’re looking for a way to keep your pipes clean and your family safe, it’s best to avoid putting condoms down the drain.

While many women flush used tampons without incident, sanitary towels can cause major problems. This is because they are much larger than tampons and are made of absorbent materials that quickly swell when wet.

As a result, they can easily clog pipes and cause sewage back-ups. So, what should you do with used sanitary towels?

The best option is to wrap them in a newspaper or a plastic bag and throw them in the trash. 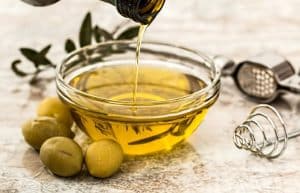 Cooking oil is one of the big no-nos to put down the drain. When it cools, it can solidify and stick to the sides of your pipes, eventually causing clogs. Additionally, as it breaks down, it can release harmful chemicals into the environment.

The same applies to other oils, such as motor oil and transmission fluid. Pour them into a container and dispose of them at a recycling centre instead.

While flushable wipes are designed to be flushed, they don’t break down the same way as toilet paper. As a result, they can clog pipes and cause sewage backups.

In addition, flushable wipes can end up in septic tanks, where they can damage the system and cause it to fail.

If you want to avoid these problems, it’s best to avoid flushing any wipe, no matter how “flushable” it claims to be.

Cotton balls are one of the most common items not to put down the drain. Though they may seem harmless, cotton balls can cause a lot of damage to your plumbing. The fibres can quickly become tangled and clog your pipes.

In addition, cotton balls can absorb chemicals and other pollutants from your drain water, contaminating your drinking water. 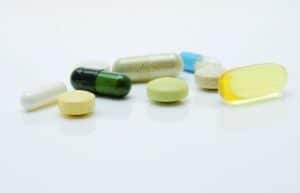 When you flush medicine down the drain, it doesn’t just disappear. Instead, it goes into the water supply, which can contaminate the drinking water and harm people and wildlife. Even small amounts of medication can have a big impact, so it’s important to dispose of them properly.

There are special disposal programs for unwanted or expired medications, so take advantage of them.

One type of item that you should never put down the drain is fruit pits. While they may seem small and harmless, fruit pits can cause serious problems. They can become lodged in pipes, causing blockages that can lead to backups and flooding.

In addition, fruit pits are difficult to break down, meaning they can linger in the sewer system for years. As a result, they can clog pumps and other equipment, leading to costly repairs.

Solvents should never be put down the drain, as they can cause serious damage to the sewer system. Solvents can react with other substances in the sewer to create harmful chemicals, and they can also coat the inside of pipes, leading to clogs and blockages.

In addition, solvents can contaminate groundwater and cause problems for local wildlife.

Bones, for example, can easily clog pipes and lead to costly repairs. This is because bones are extremely hard and do not break down easily in water. In addition, bones can snag on other debris in the pipes, creating a blockage that is difficult to remove.

As a result, it is best to dispose of bones in the trash rather than down the drain.