Are you tired of washing dishes every day? Do you feel like it’s a never-ending chore? You may think using paper plates is the answer, but is it better? Some people believe that paper plates are better for the environment, while others feel that handwashing dishes is more beneficial.

This blog post will explore the pros and cons of using paper plates versus washing dishes. Let’s get started!

Is It Good for the Environment to Use Wash Dishes or Paper Plates? 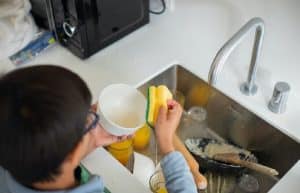 With the growing environmental concerns, more and more people are wondering about the best way to reduce their impact. One common question is whether it is better to use paper plates or wash dishes. On the surface, paper plates seem like the obvious choice.

They can be used once and thrown away without requiring energy-intensive cleaning. However, there are a few drawbacks to this approach. First of all, paper plates are typically made from trees, which are a renewable resource.

However, harvesting trees and manuf10 Stunning Ways to Save the Environment From Destructionacturing paper requires a significant amount of energy. In addition, paper plates often end up in landfills, where they take up space and release methane gas as they decompose.

On the other hand, washing dishes can also be environmentally friendly if done correctly. For example, dishwashers use less water than washing dishes by hand and only need to be run when they are full. In addition, dishes can be recycled or reused, and using reusable dishware helps to reduce the amount of waste that goes into landfills.

As a result, the best option for the environment depends on the circumstances. For example, if you have a dishwasher and you are only washing a few dishes, it is probably more efficient to wash them by machine. However, paper plates may be the better choice if you are camping or hosting a large event.

Is It Cheaper to Buy Wash Dishes or Paper Plates? 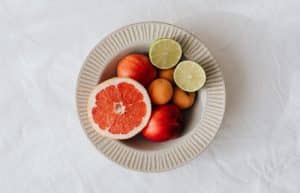 The debate between paper plates and dishes has been going on for years. Some people claim that paper plates are the cheaper option, while others argue that washing dishes is more cost-effective in the long run. So, which is it? Let’s take a closer look at the costs of both options.

Paper plates generally cost between $0.10 and $0.50 per plate. They can be purchased in bulk at most stores and don’t require any extra energy or water to clean. However, paper plates are not as durable as standard dishes and often cannot be reused.

If you’re looking for a more sustainable option, paper plates might not be the best choice.

Dishes, on the other hand, cost an average of $0.75 per dish to wash. It takes more time and effort than simply using paper plates, but it allows you to reuse your dishes multiple times. This can save money in the long run and reduce your overall impact on the environment.

However, this does not take into account the cost of water and electricity required to wash the dishes. When these costs are factored in, washing dishes becomes the more expensive option.

In addition, paper plates can be reused multiple times before they need to be replaced, further reducing their overall cost. For these reasons, paper plates are typically the cheaper option.

Is Dishwashing Better than Handwashing?

It is commonly accepted that washing dishes by hand is more sanitary than using a dishwasher. However, according to a study by the University of Arizona, this may not be the case. The study found that dishwashers were more effective at removing bacteria from dishes than people who washed them by hand.

In fact, the study found that 97% of all bacteria were removed when dishes were washed in a dishwasher, compared to only 82% when washed by hand. Additionally, the dishwasher was better at removing bacteria from sponges and scrubbers than handwashing.

The study concluded that, for the average person, using a dishwasher is more effective at preventing the spread of bacteria than washing dishes by hand.

Ultimately, the best method depends on the situation. If sanitation is a priority, dishwashing is the best option. On the other hand, handwashing is the better choice if delicate items need to be washed or if water needs to be conserved.

How Much Time Paper Plates Take to Decompose?

It might seem like paper plates would decompose fairly quickly, but in reality, it can take quite some time for them to break down. Let’sLet’s tell you the facts;

Paper plates are made from a natural fiber called cellulose. Cellulose is a type of carbohydrate which is found in plant cell walls. As such, paper plates are technically biodegradable. However, the time it takes to decompose depends on several factors, including the amount of oxygen and moisture present.

Under optimal conditions, paper plates can decompose within six months. However, if they’re disposed of in a landfill, where there is little oxygen and moisture, they can take upwards of 50 years to break down completely.

While paper plates are technically biodegradable, it’s important to remember that they still have an environmental impact.

Is it Better to Use Plastic or Paper Plates?

It’sIt’s a familiar debate: paper or plastic? When it comes to plates, both have their advantages. However, paper plates are cheaper and more convenient, while plastic plates are more durable and reusable. So, which should you use? It depends on your preferences and needs.

Paper plates will save you time and money if you’re hosting a large party or potluck. On the other hand, if you’re looking for an eco-friendly option that can be used again and again, plastic is the way to go. Ultimately, the best choice is the one that works best for you.

Whether we’ll be choosing paper plates or the dishwasher, let’s consider our lives when making this decision. In the end, it is important to weigh both options and pick the one that best favors the ecosystem.

Paper plates may be more convenient for consumers in terms of cleanup, but they have a larger environmental impact. Plastic plates are not as convenient as paper plates, but they create less waste and are easier to recycle.

Ultimately, it is up to each individual to decide what is most important to them when deciding which type of plate to use. Both have benefits and drawbacks that should be considered before making a purchase.