As the world becomes more and more environmentally conscience, it seems that plastic items are becoming less and less popular. There have been numerous campaigns against disposable straws, and companies are starting to phase out Styrofoam containers. But one of the biggest offenders when it comes to wastefulness is the plastic water bottle.

10 Reasons Why Plastic Ban is a Must

Plastic bottles are one of the major causes of pollution in the world. They pollute the soil, water, and air. They also cause global warming and climate change. In addition, they are non-biodegradable, which means that bacteria or other organisms cannot decompose them.

However, the best way to reduce environmental pollution caused by plastic bottles is to ban them immediately.

Plastic takes hundreds of years to decompose, meaning that the current bottles will still pollute our environment long after we are gone. Besides the pollution caused by the production of plastic, the bottles themselves are a huge source of litter. They end up in our oceans, where they endanger marine life, and in our landfills, where they take up valuable space.

A ban on plastic bottles would be a major step forward in the fight against environmental pollution. It would force companies to find more sustainable packaging methods and encourage consumers to be more mindful of their environmental impact.

In an increasingly polluted world, a ban on plastic bottles is desperately needed.

Plastic bottles are a major source of pollution, and they take centuries to break down. In addition, the production of plastic bottles uses large amounts of energy and water. By switching to alternatives such as reusable water bottles or filtered tap water, we can help to reduce the amount of plastic waste in our oceans and landfills.

In addition, we can also help to reduce our carbon footprint and conserve valuable resources.

A Waste of Natural Resources is Plastic Bottles

Plastic bottles also waste a lot of water and energy. It takes two liters of water to produce one liter of bottled water and even more water to produce the bottle itself. So next time you reach for a bottle of water, think about how much natural resources were wasted in order to get it to you.

It takes significant energy to transport all those bottles from the factory to the store. And that’s not even counting all the fuel burned when we drive to the store to buy them! So with all the other reasons, the transportation cost is also a major issue behind banning plastic bottles.

It disrupts the hormone system and causes reproductive problems, neurological disorders, cardiovascular disease, diabetes, and obesity. According to a study by the U.S. Centers for Disease Control and Prevention, 93% of Americans have BPA in their urine.

However, these health risks are serious enough to warrant an immediate ban on plastic bottles.

Everyone has a different personality, and what better way to express yourself than through the type of water bottle you use? Plain old plastic water bottles are boring and don’t say anything about who you are.

But with a reusable water bottle, you can choose from a wide range of colors and styles to find one that speaks to you.

Not only is this a fun way to express yourself, but it’s also good for the environment. 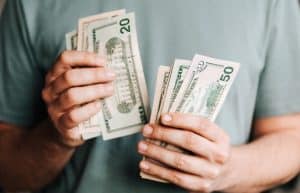 The annual cost of purchasing plastic water bottles is often not considered, but if someone were to pay close attention, they would find that they are paying quite a bit for the bottles in particular. In fact, many people do not even think twice before picking up a plastic water bottle when they are out and about or at home.

While it is convenient to have access to water at all times, it is important to consider the financial and environmental costs of using plastic water bottles.

One of the reasons why plastic bottles should be banned is that they are not very durable. They are made of a cheap material that can easily break, resulting in a lot of litter. Bottles made of other more durable materials would be a better choice.

They would last longer and be less likely to end up as litter. This would reduce the amount of pollution caused by plastic water bottles, and it would also save money in the long run.

There are so many sustainable options available now, like reusable metal or glass water bottles, that there’s no excuse to keep using plastic. Because as responsible citizens, we must avoid such products which harm our ecosystem. And plastic is a major one of them, as we all know.

So these are the 10 major reasons why plastic bottles should be banned immediately. Let us know if you have any other points to include. Thanks!